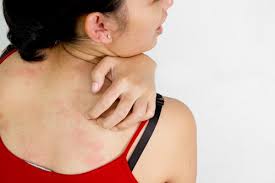 The itchy and painful rash that follows poison ivy exposure is the result of an allergic reaction to urushiol oil. It is a common allergen found in many plants belonging to the Anacardiaceae family. Very few people are immune to urushiol. Repeated exposure is known to induce sensitivity in people who have been previously immune.

Poison ivy is so common that exposure can happen any time. Mere contact with any part of the plant can trigger the allergy because it takes only one billionth of a gram of urushiol to bring on the reaction. Delayed onset of the symptoms is typical of poison ivy, so you may not even realize that you have been exposed, until the rash breaks out in 2 hours to 10 days.

If you have even the slightest suspicion that you could have come in contact with poison ivy  try some of these home remedies. They can reduce the severity of the reaction, if not prevent it completely. 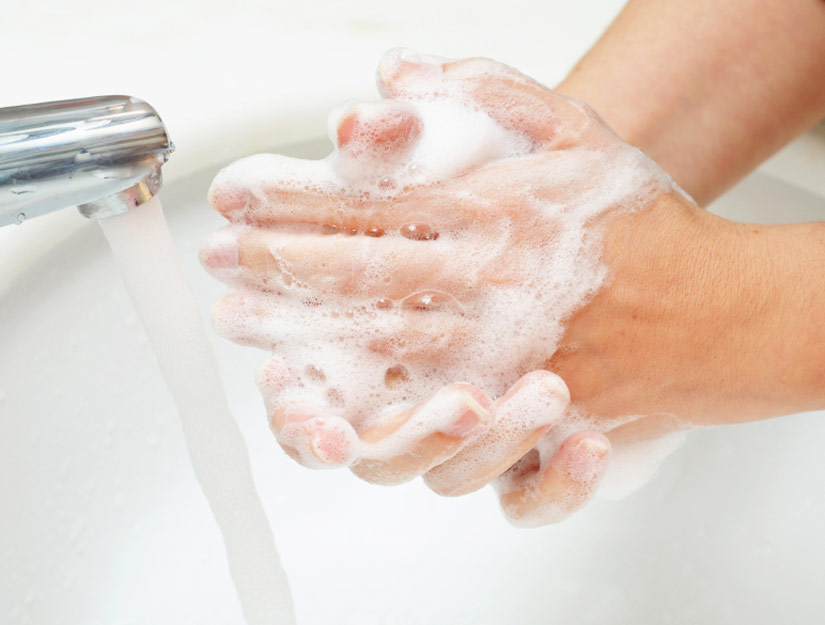 The first step in treating poison ivy exposure is minimizing the spread of the irritant substance. The severity of the rash is directly proportional to the amount of urushiol that gets absorbed into the skin. The sooner you remove it, the lesser the chance of it spreading to other areas. It has been found that  half of the offending substance can get absorbed into the skin within just 10 minutes of exposure. So, if you find yourself near a poison ivy plant, do not wait for the itching to start. The first line of defense, i.e., washing with soap and water, is only effective before the oil gets absorbed into the skin. Once the dendritic cells in the skin come in contact with the oil, it gets carried to the lymph nodes where the immune reaction is initiated. A group of white blood cells called T-cells rush to the affected skin and destroy the skin cells exposed to the poison, resulting in the rash and blisters. Once that process is initiated, the focus should be on reducing the pain and discomfort. 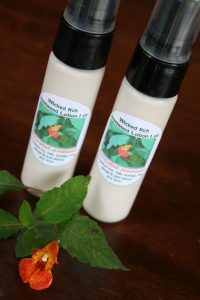 This small annual called Impatiens capensis is considered an antidote for poison ivy. Fortunately, it commonly grows in shady areas, often sharing its habitat with the poison ivy. The moment you spot the offender in the woods, look around for this defender.

The leaves and tender stems of jewel weed should be crushed to release the juice. Apply it to the skin that could have come in contact with poison ivy. Jewel weed obviously contains some compounds that either counteract the urushiol in the poison ivy or the body’s response to this allergen.

If you live anywhere near poison ivy habitats, it is not a bad idea to grow jewelweed in a shady corner of the garden. It is a good remedy against other skin complaints like eczema, ringworm and warts too. 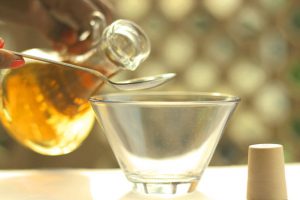 You probably have a good stock of this pantry staple. Use it liberally to soothe the rash. Mix half a cup of vinegar with one and a half cup of cold water and bathe the affected area with this solution. It is ideal to use organic apple cider vinegar, although ordinary white vinegar could be just as effective.  Keep the diluted vinegar mixture in the refrigerator and repeat the application whenever you feel intense itching. Alternatively, you can dip a wide swath of cotton or a washcloth in the cold mixture and lay it on the rash. Vinegar only helps relieve the itching temporarily, but it can keep you from scratching the rash and opening up the blisters. 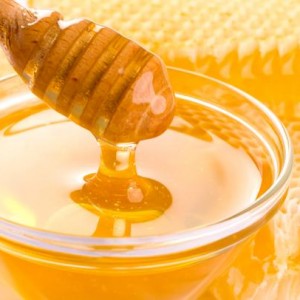 The juice of lemons could work the same way as vinegar, but this remedy has the added benefit of honey. Mix the juice of a lemon with two teaspoons of honey and apply it on the rash with a cotton swab.

The hygroscopic nature of honey helps draw out the fluid from the blisters, reducing their size and making their skin tough. This prevents accidental popping of the blisters. Although there is no risk of the fluid inside the blisters spreading the rash to new areas, any break in the skin is a potential risk. It can introduce pathogenic microbes and dirt into the body, making way for infections.

Lemon juice has an astringent property that helps reduce any kind of boils on the skin on spot application. This works in tandem with the honey to accelerate the healing of the rash. 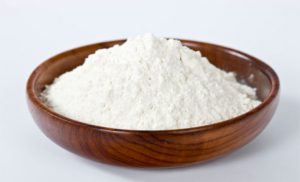 If you have used baking soda to soak up oil spills, you can imagine how it could be helpful with poison ivy. Dusting the skin liberally with baking soda and then shaking it off may help get rid of the urushiol oil particles, but whether it is as effective as, or better than, washing off with soap and water is debatable. But once the rash develops, baking soda comes in handy in relieving itching and reducing inflammation.

Stir a tablespoon of baking soda in cold water and use it immediately to wash the affected skin. It soothes the skin and relieves intense itching. Repeat as often as you like until the inflammation disappears. Alternatively, you can dip a washcloth in the solution and place it on affected area. Adding a handful of baking soda to the bath water may help if the rash is widespread.

Wash all the items of clothing that are lying around, including bed linen. Wipe down furniture with dish washing liquid and shampoo carpets and upholstery. Pets would also need a good bath. And just let your life go ahead.